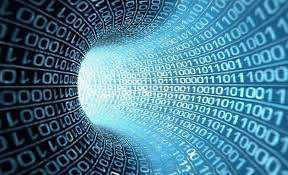 The citizens of the European Union have just elected 751 MEPs to the European Parliament. Across 28 countries, some 500 million citizens voted by secret ballot for public representatives. A small number of people chose to disregard the secrecy of the ballot and posted election selfies on Twitter and Facebook which showed their ballot paper; some were intended to entertain the world with the witty way in which they had spoiled their vote. In Ireland at least, breaching the secrecy of the ballot is actually illegal under the European Parliament Elections Act 1997 and election selfies are just one interface of the tension between people’s online behaviour and the laws under which they live, between secrecy and freedom of expression.

Who gets to decide what is private?

As with journalists’ sources, there are differing views on whether data collected by researchers should be kept secret. Many countries have child protection protocols, for example, that indicate when suspicion of abuse must be reported to police. A landmark ruling on a case in which researchers came under pressure to release the transcript of a research interview conducted with a murder suspect recently found in favour of confidentiality. The Quebec Superior Court ruled in January 2014 that research-participant communication is privileged and that the details of the interview in question should not be revealed. The project involved a vulnerable group of participants, namely sex workers, and it was argued that any breach of confidentiality could affect the future participation of this and other groups in research projects, with the risk that they might be kept silent and their stories remain secrets. However, crucial to the ruling was the judges’ view that the content of the interview would be to little value to the police investigation and the conclusion that the right to protect confidentiality should be balanced with the public interest.

A higher profile privacy case is from May 2013 when Edward Snowden, a data scientist, weighted up the relative value of secrecy and the public interest. He disclosed American National Security Agency documents to newspapers, opening a nuclear warhead-sized can of worms, and is currently under temporary asylum in Russia. Snowden’s revelations showed the extent to which private information was being collected and processed by corporations on behalf of states, activities which up to that point had been stamped Top Secret. The argument was that private information could reasonably be collected and analysed as part of an overall policy of protecting citizens from terrorism, but Snowden came down on the side of informing citizens about their states’ actions.

The right to be forgotten

A third important recent development is the European Court of Justice decision on the right to be forgotten in the case of Google results showing notice of the auction of a re-possessed house; the debt issue had been resolved but the search results remained. The ruling means that search engines must delete "inadequate, irrelevant or no longer relevant" data from results when asked to do so by a member of the public. A bit like the election selfies and the Californian legislation providing for the deletion of embarrassing teenage Friendface and Chitter posts, the ruling is about protecting people from their own past behaviour. The reaction was not universally positive with some maintaining that the foundational right to free expression on the interweb was being destroyed, a right which they want to protect.

Behind each of these cases is a noble and commendable effort by people on both sides of the argument to protect something. States need secrecy both in the democratic process and for security but the public need to know what happens to their data; research needs confidentiality but crimes need convictions; citizens need control of the integrity of their reputations but the internet needs to know everything. While the official world moves at a slow and deliberate pace in reacting to changes in technology and behaviour, people are encouraged to make public more and more details about their life. Statisticians and data scientists, whose job is increasingly to make sense of the data people create, will be the ones making decisions about competing rights and needs long before judges get involved. We have to think about the ethics of recording and publishing information, even if people are somewhat reckless in how they share it. So, think carefully about your participant information sheet, your terms and conditions of service, the size of your geographic units of analysis. Delete your data when the project ends. And no computer lab selfies.