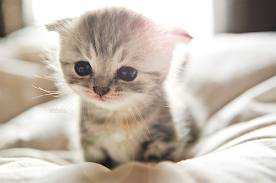 Once upon a time…

Field quite deliberately weaves stories about his personal life throughout the book, beginning each chapter with an anecdote that alludes to the subject of that chapter. For example, Chapter 5 ‘The beast of bias’ starts with the story of how young Andy wanted to be a football goalkeeper just like his granddad despite being impractically short for the role. He was biased by idolising his granddad. See? Charming and illustrative! In fact, the device of using stories about growing up to reflect the increasing complexity of the concepts and techniques described makes for a book that you might actually want to read even when you don’t have to, just to see what happens next.

There are lots of other characters with their own little narratives too. Labcoat Leni is a good one, providing data from real research studies, though often with an informal twist, like the one about the relationship between the ratings of the attractiveness of women and their tendency to gossip. If anything, though, there are now just too many and their character development is so restricted that they end up looking like a bit of a gimmick, and being a bit of a distraction: Oditi’s lantern, one of the new ones, ends up being an eight-line signpost to an online video tutorial. Jane Superbrain might make DSUS more accessible for undergraduates but when, after a few years, you just want to check one detail of one test she can get a bit tiresome. The pictures of famous statisticians provide a good way of remembering what their tests do, especially Mahalanobis staring into his distances.

DSUS is refreshingly honest about the subjectivity of data analysis, that is, of decisions about which test can best answer a question rather than whether two squared is four or not. He challenges the customary practice of privileging significance testing in how statistics is taught, and the way that tests are distinguished: For Field, it’s all linear. This is where Field’s influence could be at its strongest and the more lecturers build stats courses around his books, the more his philosophy of prediction will spread.

Isn’t there more to life than SPSS?

Apart from the change to the title, Field seems relatively free of the tyranny of the multi-national software company. New editions follow as IBM release new versions of SPSS but also as the theory and practice of statistics develop; you decide which is the bigger influence. He’s quite open about the short-comings of SPSS, helpfully providing solutions and tips where necessary. It’s not the only book you’ll ever need, though, and not because of things that aren’t in the book but because of things that aren’t in SPSS. Advanced techniques like structural equation modelling, which is de rigueur in several fields in psychology, just don’t feature. Even some Excel tips would be good, as SPSS charts and graphs are a bid unwieldy. For those among us of other persuasions, there’s Discovering statistics using R and Discovering statistics using SAS. He’s working on a new book now, you know…

There’s a companion website, QR codes, and YouTube webcasts, all of which make it seem like Andy Field is your friend, ready to help with your analysis however he can though, realistically, you have to wonder about whether he’s likely to engage in detailed discussion or consultation on Twitter. Still, a lot of people seem to want to hug Field, possibly for nothing other than his guides to writing up your analysis, and making stats attractive is a massive achievement. Some day, you’ll meet someone special and you’ll spend more time with them but DSUS will always be a good friend.