The power heuristic: When is a billion not a billion? 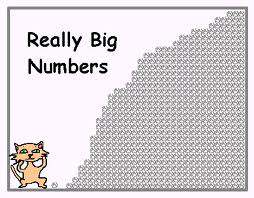 ‘One’, ‘two’, ‘many’, or ‘one’, ‘two’, ‘two-and-one’, ‘two-and-two’, ‘two-and-two-and-one’. Learning to count is a doddle in cultures that use a base-2 counting system where knowing that there are simply lots of something is usually enough. Anthropologists marvel at their primitive abilities which compare unfavourably to higher primates and even some species of birds but most civilisations, they argue, need more than that, like a base-10 system. However, ask your average-person-on-the-street how many millions there are in a billion and you might get an answer approximating ‘many’. Since the richest people’s fortunes and everyone else’s national debts started to breach the 999,999,999 mark we have been dealing with competing versions of what comes next, making it tricky for most of us to keep track.

The long and the short of it

The short scale of 109 (that’s 1,000,000,000) is called ‘one billion’ but on the long scale it’s ‘one thousand million’. The short scale of 1012 (1,000,000,000,000) is called ‘one trillion’ while the long scale of 1012 is ‘one billion’. What’s that you say? There are two different meanings for the word ‘billion’. Sounds like a recipe for confusion at best and disaster at worst. The history of the two scales is a bit like the metric and imperial measurement systems but in that case people had to good sense to use different words for ‘metre’ and ‘foot’.

Further paralleling the metric and imperial measures, part of the confusion is that neighbouring countries have reached different decisions about adopting the long and the short scales. For example, Britain, Ireland, Belgium, and the Netherlands use the short scale, most of Continental Europe uses the long scale, and Russia and most former Soviet states use the short scale; the USA is short, Mexico, long, and Canada, both; in South America the split follows the linguistic pattern of short in Portuguese-speaking Brazil and long in Spanish-speaking countries. That means that countries sharing a currency, like the euro, don’t all mean the same thing when they say ‘one billion’? That doesn’t exactly make it easy for the average-person-on-the-street.

Another issue with people’s capacity to understand large numbers is how they are abbreviated. Government spending programmes of €150 million, €2.1 billion, and €0.5 million can be reported in the same sentence in a newspaper article, and it’s easy to focus on the number and ignore the base. Let’s look at those numbers another way:

A is 300 times C and B is 14 times A and B is 4,200 times C. Every now and then when a journalist is trying to make a point they include all the zeros but mostly no one bothers.

The other thing that that can trip us is percentage differences on scaled figures. Would you rather have a 25% increase on your €0.5 million or a 1.5% increase on your €150 million? A one percent increase can be massive when you’re talking in trillions, so big, in fact, that hundredths of percents are the standard for talking about changes in exchange rates, central bank interest rates, and bond yields. It’s also difficult to divide 3.75 million by 100 and multiply it by 2.4 in one’s head, so we tend to use shortcuts and make guesses.

The whole point of using 10n at all is to save effort. In psychology, these tricks to save mental effort are called heuristics. The term covers assumptions like representativeness and the value of effort, and heuristics are the basis of stereotyping. For example, in making decisions, we often over-estimate how likely something is based on easily we can recall it happening before. When it comes to numbers, we also seem to have something like a power heuristic which goes a bit like this: A big number is usually bigger than a small number. That’s why €2.1 billion and €0.5 million look like they’re not that far apart.

If anything, all our civilisation, our advances in finance and banking, our capacity to use big data for economic modelling and analysis are all making it harder to appreciate the difference between big and small numbers. Abbreviating millions and billions at all masks the true magnitude of the numbers we hear about every day so we have to be careful not to jump to the wrong conclusions. For all the flaws of the system of Roman numerals, at least there was some relationship between the length of the string of letters and the magnitude of the number. Maybe, as Tubbs Tattsyrup would have it, the best answer to everything is “Twelfty”.