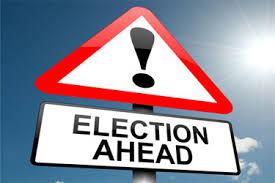 The chairman of the UK Statistics Authority has written to the leaders of the main political parties to urge them not to misrepresent statistics in the run-up to the general election on 8 JUne.

In his letter, dated 24 April, David Norgrove urged party leaders to show their “support and leadership” in ensuring that official statistics are used properly.

Norgrove, who took up the role of chairman earlier this month, noted that his predecessors Michael Scholar and Andrew Dilnot “have in the past been obliged to write publicly about the misuse of official statistics in other pre-election periods and during the EU referendum campaign”.

In his efforts to urge the parties to make sure they stuck to the rules, Norgrove stressed that the misuse of statistics “at any time damages the integrity of statistics, causes confusion and undermines trust”.

He said that it was in the public interest that all information is used in accordance with the principles of the Code of Practice for Official Statistics.

This includes making sure that campaigns don’t “pick out single numbers that differ from the picture painted by the statistics as a whole”.

Parties should also ensure that the statistical sources are clear and accessible to all, and that any caveats or limitations are respected.

During the EU referendum campaign, Dilnot said that Vote Leave’s assertions that the UK “sends £350m every week to Brussels” were “potentially misleading”, as well as flagging up some minor errors in the information used in the government’s leaflet about the benefits of remaining in the union.