The Stats of Wall Street: Banking on probabilities 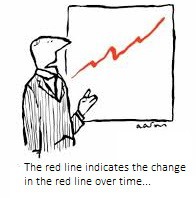 Mark Kermode’s (2014) review of The Wolf of Wall Street (Scorsese, 2013) opens somewhat confusingly with a quote from a review of the 1929 film of the same name that bemoans the “madness, women and swindling”. Michael Lewis (1989) told some less than legal tales in Liar’s Poker; Jordan Belfort went to jail, as recorded in his memoir The Wolf of Wall Street (2007); Gordon Gecko’s comeuppance in Wall Street (Stone, 1987) was supposed to be a lesson. Yet Lewis’s latest Flash Boys (2014) contains more of the same. Based on both cohort and longitudinal analysis, then, the probability of traders breaking the law to make more money is significantly higher than for any other profession, as is the probability of them getting arrested. The stats show that bankers are terrible at interpreting stats.

Bankers have always need statistics. Back in the days of the inn-keeper minding the merchant’s stash of gold and loaning it out in the meantime, he needed to estimate the probability of the cargo ship carrying said merchant sinking, and the chances of him coming back for his gold before the horse-and-cart loan to the local smith was repaid. These days there are people whose job it is to calculate the probability of you defaulting on your mortgage, and if you do default, the probability that the loan will ever be repaid. Statistical analysis of trading now relies on real-time processing of millions of trades and financial reports, usually employing Bayesian probabilities as it happens.

Trading in stocks, bonds, futures, and securities used to be about knowing a little bit more a little bit sooner than everyone else, using that information to predict what would happen next, and betting to win. Historically, markets have performed consistently well but, because it’s a zero-sum game, the general upward trend masks some deep troughs, especially if one zooms in on the 2000 and 2008 sections of the graph, the dot-com and housing bubbles. Both were predictable, and predicted by some, but most individuals got it wrong by second-guessing the statistics and by favouring their instinct, wisdom, and gut reactions over evidence.

Somewhat disturbingly, even when your analysis is methodologically flawless, it’s also possible to be completely right but at the wrong time. Certain clever investment bankers who prefer to remain nameless anticipated the dot-com bubble’s imminent burst and got out of technology stocks. They sold high but they got out too early and could have made millions more for their clients, whose gut reaction was displeasure at the missed opportunity than gratitude for salvation from disaster.

Innovation. Are you ready?

Lewis (1989) writes about traders as old-fashioned salesmen flying around American looking to inspire every Savings & Loan clerk in every dusty one-horse town to provide them with mortgages that they could bundle into securities. Mortgage-backed securities was a new trading technology and, just as carrier pigeons and then telephones made trading faster, the development of the kind of data processing underlying these securities made more complexity possible, and technology has always had an impact on sales of stocks and shares. Recently, though, gut instinct and guile look set to be replaced entirely by dispassionate, cerebral modelling.

High-Frequency Trading (HFT) is the practice of high-volume, low-return investment. It’s fast, small fractions of a second fast, fractions of a second so small that moving servers slightly closer to trading floors can make trades profitably faster. HFT relies on statistical algorithms to model tiny, brief trends in value, buy perhaps millions of shares, and sell them again almost immediately to make a profit of less than a cent per share but millions of dollars per transaction. This is perhaps the least sophisticated version of HFT, relying on advantages in physics rather than in any kind of analysis. While HFTs have attracted considerable negative media and legal attention, advocates point to the increase in liquidity during times of financial stress. Some of the negative reaction could also be attributed to technophobia.

People seem to have a problem with money idly sitting around not earning more money. “Get out there and earn a crust,” “Get on your bike,” they say to their capital. There are a range of techniques for money multiplication, and the balance is shifting from the salesman’s to the analyst’s, with HFT currently at the cutting edge. It seems that we don’t quite trust the algorithms entirely, however, as evidenced by the practice of economists to write bubble-preparedness plans. If anything, though, we can at least trust computers more than we can humans not to succumb to the excesses shown to us in all those glittery Wall Streety films. For statisticians with an appetite for the high life, then, turn your gaze towards New York, London, Osaka, or Hong Kong. Just beware of the wolves.