Unsuccessful at interview: The six stages of rejection and recovery 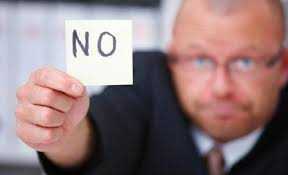 Looking for and not getting a job is an emotional experience worthy of the great poets and popular music artistes. It has everything from the thrill of the chase to the infatuation, from the fantasising about a blissful future together to the pain of rejection when the job goes off with someone else. However, perhaps because singer-songwriters don’t usually apply for jobs, it’s a story that’s rarely told. The psychology of loss is a well-established line of research and clinical practice but no one has tried to describe the stages of not-getting-a-job. Until now.

Loss only matters if you think it was something worth losing in the first place and, in the case of missing out on a job, you’re losing out on a promising future as well as the time and emotional energy invested in researching and preparing for a job interview. There are parallels to intimate relationships from the start: jobs sites are just like dating sites, looking to make matches based on compatible interests and experiences; sometimes your friends introduce you to a job you might like at a party; sometimes your parents try to set you up with a job. Then comes the getting-to-know-you application process, before being called for interview feels like a first date. You think about what you’re going to say, the stories that highlight your best attributes, and the questions that show you’re really keen. Then, just when you’ve started to allow yourself to imagine a long and beautiful life together, it’s over in a phone call.

Stage 1: Shock. You’ve given them part of your soul, with the time spent finding out about the company, the social media stalking of current and former employees, and the mind-shift to thinking that it’s obviously the best company/institution in the world and it’s as if your whole career to date has been leading to this job. You’ve imagined your first day, how you plan to make a good impression on your new colleagues, and whom you’ll invite to your new-job drinks. Now they don’t want you? What?! But… Noooo!

Stage 2: Always look for feedback, they say, but they don’t tell you that it usually takes the form of a template of general comments on your good performance and someone else’s greater experience. If you do get something more specific, it’s important to try to dispassionately evaluate whatever they say, though that’s not always possible at first.

Stage 3: Shock + Feedback = Anger. Of course, it’s hard to be dispassionate about a break-up so the feedback, whether general or specific, might just make you angry. Resentment is also a risk here, especially if they’ve led you on at all and if you’ve declined other opportunities in the hope that this one might just work out.

Stage 4: Depression, as in low mood and disillusionment, is the next step in the recovery process. Doubts appear where certainty about it being the perfect job had been before, so too do doubts about your own abilities, past career choices, and future direction. This is a good time to look at the feedback again, because there’s usually something encouraging there that you can build on for the next interview.

Stage 5: With time, the certainty will fade and it will be just another interview for just another job. You’ll accept that the other person was probably a better choice because you were just too ambitious for them and they knew they wouldn’t be able to hang on to you, or whatever. And look what’s just appeared in your inbox….

Stage 6: Well, hello there! How you doin’, Principal Data Scientist? Suddenly, there are lots of attractive jobs popping up, and looking for another job starts to get exciting again and you’re back in the game.

Nobody writes songs about being unsuccessful at job interview, but the break-up results in heart-ache on the scale of Adele’s Someone Like You (Adkins, 2011). It’s hard to take the rejection, and it’s hard not to take it personally, so don’t be surprised by the shock, the anger, and the depression. Just make sure to take something from the experience that will make you a better candidate for the next one, and don’t give up on the whole thing and start writing pop songs.

Sometimes you get the job and sometimes it hurts instead. Never mind. I’ll find a job like you.

Department for Work and Pensions

Assistant Professors (with the possibility of tenure track) In Mathematical Economics