Expect to be asked your salary expectations 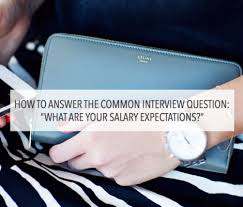 “What are your salary expectations?” they ask towards the end of the interview. If you’ve got the nerve, say nothing for a minute, until they ‎make ‎an offer. If it’s enormous and they mistake your stunned silence for reluctance, they might even ‎revise it ‎upwards. That’s what happened to journalist Eamon Dunphy, admittedly in the late 1970s and ‎admittedly he was being ‎interviewed for a soccer correspondent job by an editor who claimed to know nothing ‎about sport. ‎These days, where interview panels are five-a-side and no one would ever admit not ‎knowing ‎something, the scenario is unlikely to be repeated. Just so you’re ready for it, though, here’s a look at where possible answers ‎to the ‎salary question.

*Disclaimer: There are wide variations between, and even within, economies that make the task of estimating average salaries difficult. Figures are given in pounds with approximate euro and dollar conversions.

‎‘Intern’ means they want to work for nothing. They’ll try to dress up working-for-nothing as ‎a ‎wonderful opportunity to learn from the finest minds in the business, to meet all the right people, ‎to ‎gain the kind of work experience that is a barrier-to-entry for actual jobs. If you have ‎wealthy ‎parents, are prepared to work in Starbots for minimum wage all weekend to support yourself, ‎or win ‎the lottery, then an internship could be for you! PhD fellowships likewise basically pay for your baked ‎beans and ‎airing cupboard-cum-bedroom, and often run out before you’ve submitted.‎

‘Graduate’ or ‘Entry level’ is where they actually have to pay you. Owing to qualification inflation, it’s likely that ‎you’re entering with a bundle of degrees under your arm, but entry level means they know it’s your first job and they know there are plenty more eager ‎young ‎graduates out there.‎ Because there’s actually some application of your qualifications involved, they kind of have to pay more than minimum wage, probably starting at £19K or £20K (€24K to €25K; $32K to $34K) with incremental scales going up to the high twenties (mid-thirties in euro and mid-forties in dollar).

‘Associate’ or ‘Officer’ means that you’ve been around for a while and have added a pile of experience to your bundle of qualifications. It means that you can be trusted not to break things and to tell other people what to do. Anything with ‘senior’ in it suggests you’re a relative veteran but are not quite ready to be totally in charge. Some associate and senior positions start at about £27K or £28K (€34K to €35K; $46K to $48K), up to the mid-forties (mid-fifties in euro and mid-seventies in dollar).

‘Director’, ‘Principal’, ‘Fellow’: there are lots of ways of describing the people who are not quite at the top but waiting for their chance to make it. There’s a good deal of administration, management, supervision, and pressure, all of which is usually handsomely rewarded. This is when you can start making demands as there are fewer options for the employer than at lower levels. ‘Head’ or ‘Chief’ anything is the person at the top, the top of decision-making and responsibility, but also the top of the salary scales. It’s often where a range of disciplines in an organisation converge so you’ll need more than stats smarts to get here. Once you do, it’ll be more caviar than baked beans.

It’s not called a labour market for nothing. You’re selling your ability to work, employers are ‎buying, ‎and salary is the price. Based on principles of supply and demand, if there are lots of people ‎with your ‎skills and not many jobs, the oversupply will tend to force salaries lower. That’s what we’ve ‎seen with ‎the qualification inflation of recent years, which means that even if the minimum ‎requirement on the ‎job description is degree, there’s a good chance the successful candidate will have a ‎Master’s or even a ‎PhD. Unfortunately, qualifications don’t automatically guarantee higher income, at least ‎in the short term.‎

If you already have a job, you need to decide whether it’s a good move and calculate what ‎you’re ‎looking for, say your current salary plus 10%. The only way is not necessarily up. There might be points in your career when it makes sense to ‎go ‎sideways, or even backwards, to get ahead. For example, a permanent job with a lower salary ‎but ‎prospects for promotion trumps a large fee for a six-month contract.‎

The price of labour is also complicated by the benefits companies offer, like insurance, cars, ‘free’ food, and by performance-related bonuses. Academia has a culture of relative freedom, sometimes with opportunities to take on consultancy work. Whatever the role, non-cash benefits could also form part of your decision.

Sometimes job ads helpfully include a salary range, and if there’s a range they’ll offer the lowest point. Sometimes you have to figure out for yourself the level of seniority and responsibility, in which case the number of years’ experience is a good guide. ‘Negotiable’ means they haven’t a clue, ‎so ‎the Eamon Dunphy strategy might be a good one. ‎Whatever else happens, the time to negotiate is after they’ve offered you the job.